Meet the residents from this year’s program, explore their research, and see why your 2023 summer should be at Xanadu (applications open September 12th).

The Xanadu Residency is a 16-week paid internship program that brings together promising researchers from around the globe to Xanadu HQ in Toronto 🇨🇦 to work with our team on progressing the latest in software and research in quantum computing, quantum machine learning, and more.

This year, 12 residents from 11 different countries joined our team in Toronto for a summer full of research, coding, learning, presentations, camping, city tours, and socials. Read on to learn about each resident, their research, and how you can apply to be a 2023 Xanadu Resident. 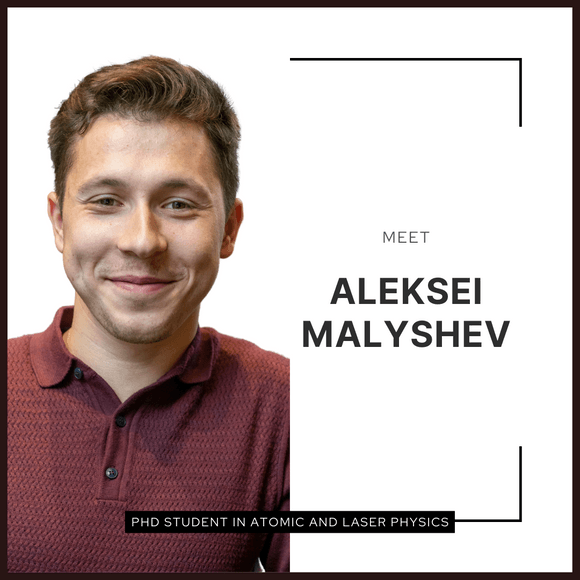 Aleksei is a PhD Student in Atomic and Laser Physics at the University of Oxford in England. His research is at the intersection of deep learning and quantum physics. In particular, he studies how to represent quantum states of interest with neural networks and how to extract useful information out of this representation.

Throughout his residency at Xanadu, Aleksei completed a research project on "Neural Autoregressive Quantum States for Periodic Materials" under the supervision of Juan Miguel Arrazola. Here periodic materials effectively means crystals, which encompass much of what surrounds us. The project focused on finding the ground states of these crystals using autoregressive neural quantum states (a novel and powerful method for the variational Monte Carlo simulation of quantum matter). Aleksei is also releasing a demo on quantum phase estimation alongside fellow resident Davide Castaldo.

Residency Highlights: “Going to the Woodbine beach with other residents and being quite successful in beach volleyball with the “Xanadu team” and learning that Davide and I are traumatized by the same paper, unjustly cited ridiculously many times.” 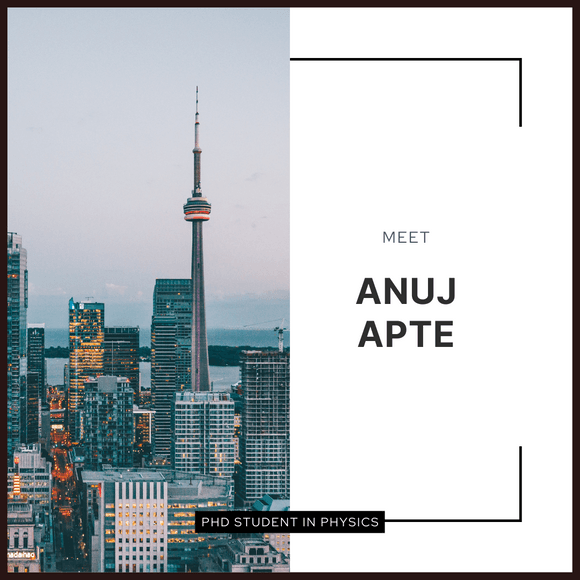 Anuj is a PhD student in Physics at the University of Chicago in America with research interests in quantum computing and quantum field theory.

Throughout his residency at Xanadu, Anuj completed a research project on "Speeding up Bosonic Circuit Simulation" under the supervision of Filippo Miatto. This project focused on designing new algorithms for solving recurrence relations for phase space to Fock space conversion for Gaussian Bosonic Circuits. 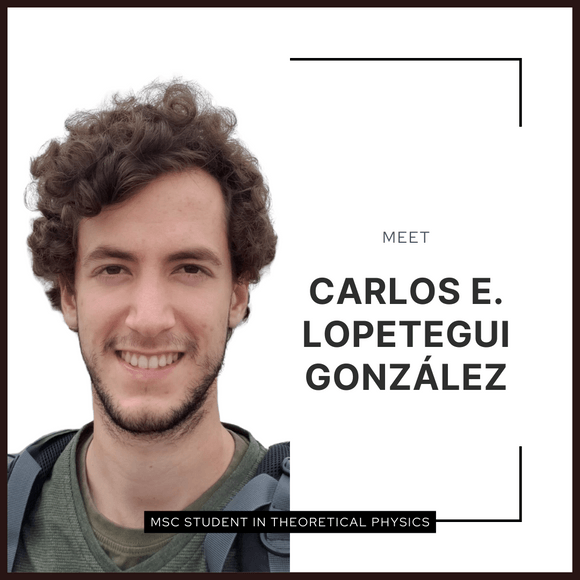 Carlos is an MSc student in Theoretical Physics at the École Normale Supérieure in France. His research focuses on quantum optics and quantum information. Throughout his residency at Xanadu, Carlos worked in the Architecture team under the supervision of Eli Bourassa. His project focused on the optical generation of GKP qubits, which constitute the choice of encoding for Xanadu’s fault-tolerant quantum computer.

Residency Highlights: “The visit to the Toronto Islands with the rest of Xanadu members was quite an enjoyable experience, the trip to Algonquin park (paddling included 😁) and the Blue Jays game!” 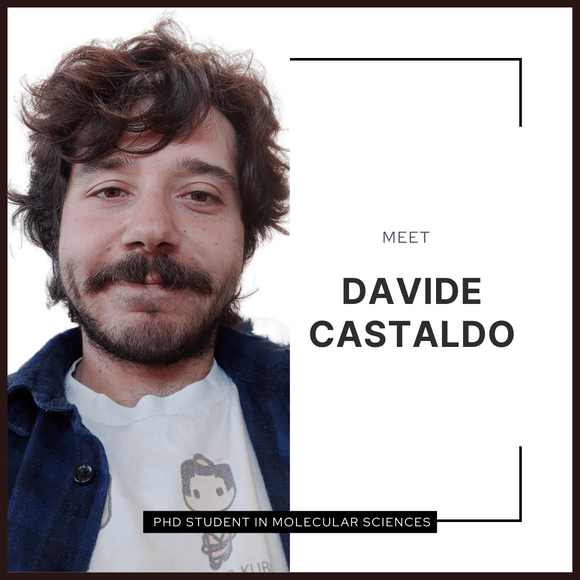 Davide is a PhD student in Molecular Sciences at the University of Padova where he is studying how to use quantum computers to simulate molecular systems. Throughout his residency at Xanadu, Davide completed a research project on "An automatically differentiable quantum phase estimation algorithm" under the supervision of Juan Miguel Arrazola. This project focused on the development of a smoothed estimator of the phase estimation result to enable the integration of this algorithm into a fully differentiable pipeline. Davide also published a PennyLane blog post on "How to choose your optimizer" and is releasing a demo on quantum phase estimation alongside fellow resident Aleksei Malyshev. 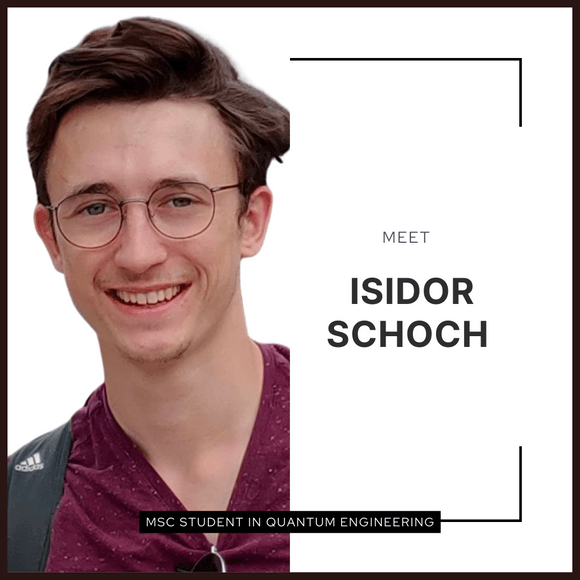 Isidor is an MSc student in Quantum Engineering at ETH Zurich. He is passionate about exploring the connections between mathematics, physics and computer science.

Throughout his residency at Xanadu, Isidor worked on two projects under the supervision of Lee J. O'Riordan: “Implementing Gradients for Hybrid Compilation” and “Porting PennyLane Lightning to a Performance Portable Library”. The first project focused on building the support for quantum gradients in a hybrid compilation pipeline using a modern compiler framework. The second project was on building heterogeneous architecture support into PennyLane Lightning to help enable the simulation of large quantum circuits. Isidor also published a PennyLane blog post on “How to embed data into a quantum state” and became an author on the latest version of “PennyLane: Automatic differentiation of hybrid quantum-classical computations” published on the arXiv. 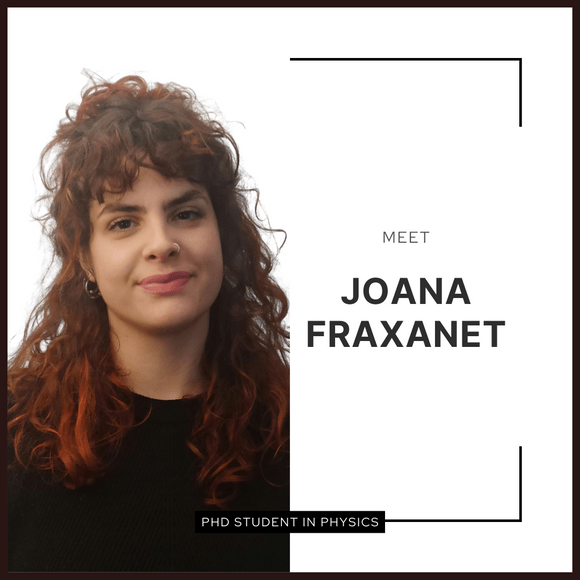 Joana is a PhD student in Physics at The Institute of Photonic Sciences in Barcelona, where she studies quantum many-body systems using tensor networks. Throughout her residency at Xanadu, Joana completed a research project on "Initial state preparation algorithms for batteries" under the supervision of Juan Miguel Arrazola. This project focused on the design of a classical algorithm for the simulation of systems with periodic boundary conditions, with the goal of extrapolating the overlap between the resulting states and the true ground state of real materials with a large number of electrons. Joana also published a PennyLane blog post on "How to do measurements in PennyLane". 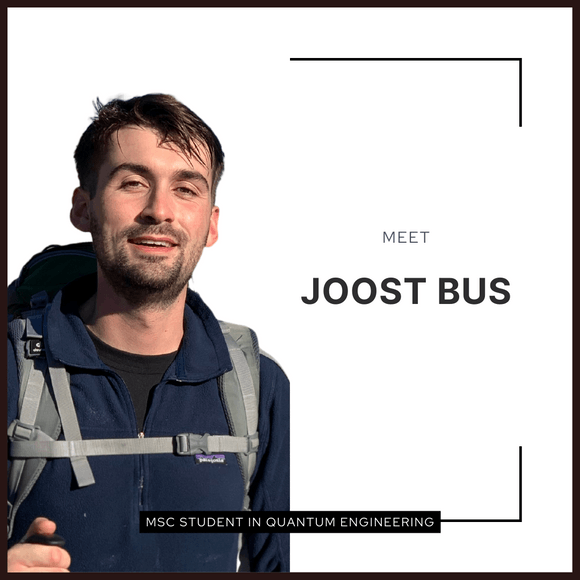 Joost is an MSc student in Quantum Engineering at ETH Zürich who likes exploring the technological applications of quantum physics.

This summer, he worked with our Architecture Team under the supervision of Ilan Tzitrin and Nariman Saadatmand. His project focussed on expanding Xanadu’s open-source software for calculating quantum error correction thresholds, FlamingPy. Throughout his residency, Joost has contributed new components including, but not limited to, a time profiler for performance testing and identifying bottlenecks, improved visualization tools, and scripts for large-scale simulations on national supercomputers. Joost also published a PennyLane blog post on creating and visualizing cluster states in FlamingPy and a demo on measurement-based quantum computation together with Radoica. 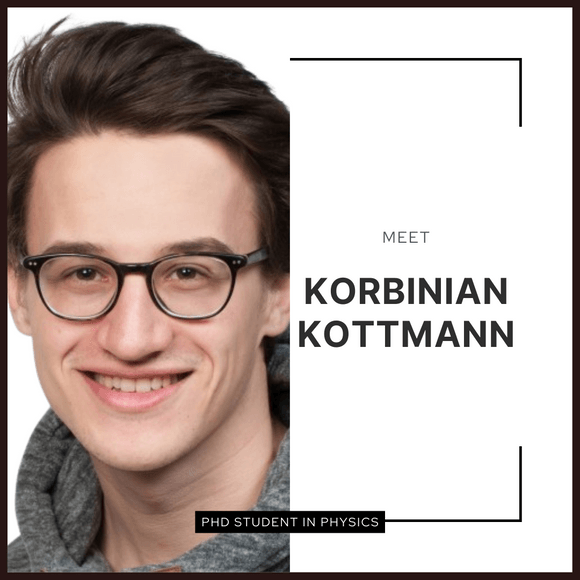 Korbinian is a PhD student in Physics at the Institute for Photonic Science (ICFO) in Spain. His research focuses on quantum simulation with tensor networks, classically and on quantum computers, aided by machine learning.

Throughout his residency at Xanadu, Korbinian worked in the PennyLane core team and under the supervision of Josh Izaac on various software research projects. Three contributions to highlight during that period are: a differentiable implementation of zero noise extrapolation for error mitigation, a differentiable quantum information module, and a differentiable classical shadow implementation in PennyLane. Korbinian also published a demo on "Differentiating quantum error mitigation transforms" and became an author on the latest version of “PennyLane: Automatic differentiation of hybrid quantum-classical computations” published on the arXiv. 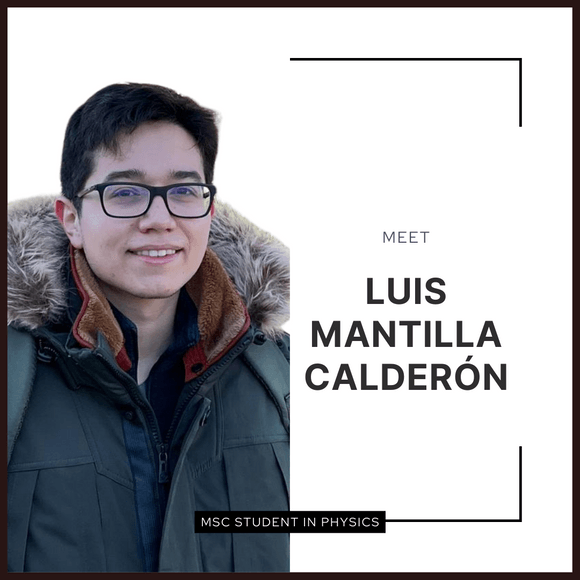 Luis is an MSc student in Physics at the University of British Columbia, where he is studying how to implement a quantum recurrent neural network. Throughout his residency at Xanadu, Luis completed a research project on "A modular approach to threshold simulations of quantum codes" under the supervision of Ilan Tzitrin. This project focused on abstracting the workflow of threshold calculations in modular components for investigating the performance of different quantum error correcting codes. Luis also published a PennyLane blog post on “How to create your own optimizer”, a demo on “Generalization in QML from few training data” alongside fellow residents Korbinian Kottmann and Maurice Weber, and is releasing several new tutorials in FlamingPy.

Residency Highlight: “During the residency, we went camping at Opeongo Lake. I will never forget how much Matija enjoyed paddling the canoe for seven hours (he did not).” 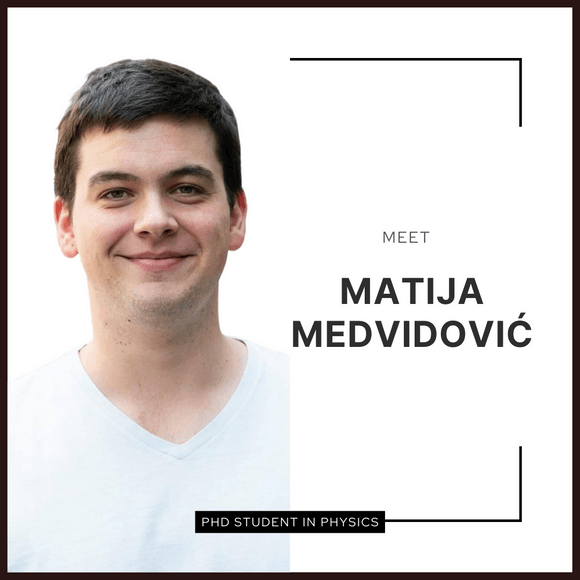 Matija is a PhD student in Physics at Columbia University and the Flatiron Institute in New York. He works with machine learning methods to study quantum many-body physics and quantum computers.

Throughout his residency at Xanadu, Matija completed a research project on "Fast quantum circuit cutting with randomized measurements" under the supervision of Juan Miguel Arrazola and Tom Bromley with results published on the arXiv. This project focused on a fast new algorithm for separating large quantum circuits into smaller ones with theoretical results backed up by numerical simulations. Matija is also releasing a PennyLane blog post on “How to use the Hartree-Fock method in PennyLane”.

Residency Highlight: “Paddling for 7 hours to get to a campsite on Lake Opeongo in Algonquin. Fun times and sore wrists were had. (Also not realizing Luis was taking notes about my complaining.)” 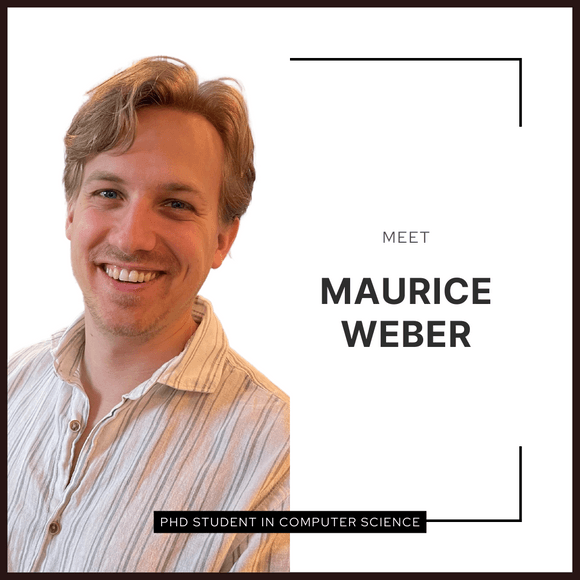 Maurice is a PhD student in Computer Science at ETH Zürich. He is interested in the intersection of machine learning and quantum computing and in developing robustness guarantees for (quantum) machine learning.

Throughout his residency at Xanadu, Maurice completed a research project on "Predicting Properties of Quantum Systems with Conditional Generative Models" under the supervision of Josh Izaac. The goal of this project was to use conditional generative models to learn representations of families of ground states in order to reduce measurement costs when making predictions about properties of quantum systems. Maurice also became an author on the latest version of “PennyLane: Automatic differentiation of hybrid quantum-classical computations” published on the arXiv. 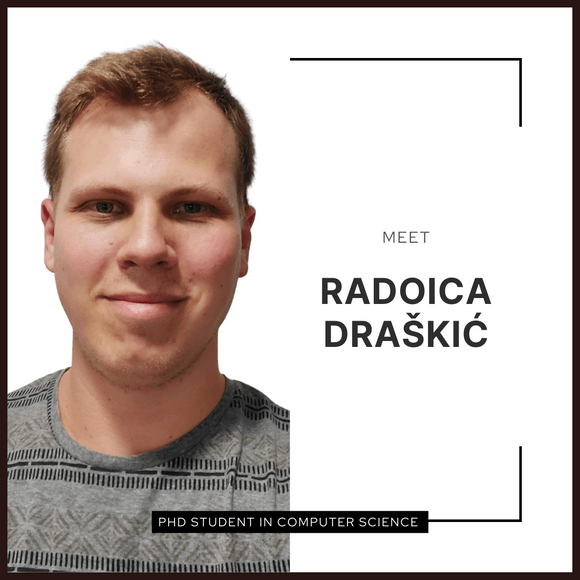 Radoica is a PhD student in Computer Science at Leiden University in the Netherlands. His current research focuses on quantum algorithms and machine learning. Radoica describes himself as "a trained theoretical physicist and a wannabe computer scientist".

Throughout his residency at Xanadu, Radoica completed a research project on the "Geometric framework for gradient-based quantum optimization" under the supervision of Filippo Miatto and Nathan Killoran. This project focused on formalizing common approaches in quantum optimization by utilizing the geometric properties of the quantum state space.

Fun Fact: “During my interview, I lost my internet connection as soon as I started presenting. I only noticed it once I finished the presentation some 15 minutes later, even though I constantly wondered why there were no questions.”

Mark your calendars! Applications for our 2023 program open on September 12th 2022.

Want to see more pictures of this year's Residency Program? Check them out in the following video 👇.

Stay in the know and get our monthly news straight to your inbox.